QuickCheckers: Challenge People From Across The Globe To A Game Of Checkers

International Health Insurance & What it Covers

Should I Get Dental Insurance?

How Does the Crash Game Work – A Complete Guide

Is Crash Gambling still profitable in 2022?

Gennady Yagupov: 15 Things You Should Have in the Car

Checkers is a fun board game to play, whether you just want to chill with friends or relatives or turn things into real competition with other players. Also referred to as draughts, checkers is a group of strategy board games played by two people, involving diagonal movements of uniform game pieces and captures by jumping over pieces of the opponent.

Nowadays, the Internet allows you to play this fantastic game anytime and anywhere you wish and even lets you compete with various players worldwide. We are glad to introduce to you QuickCheckers.

What Is QuickCheckers All About?

QuickCheckers, otherwise known in app stores as Checkers – Online & Offline, is the Internet version of the famous checkers game. It is a multiplayer game that allows you to challenge players from all over the world for, what else, a nice game of checkers.

It is a very inspiring game that follows traditional checkers yet will keep you entertained for hours. Thanks to its intuitive touch controls, you can enjoy a game of checkers anytime and anywhere you like on your way to becoming the Checkers Master you always aim to be.

QuickCheckers allows you to play checkers, whether online or offline, against a computer or real people. It offers five different difficulty levels to enhance your game skills. You can learn more about QuickCheckers by watching this YouTube video. 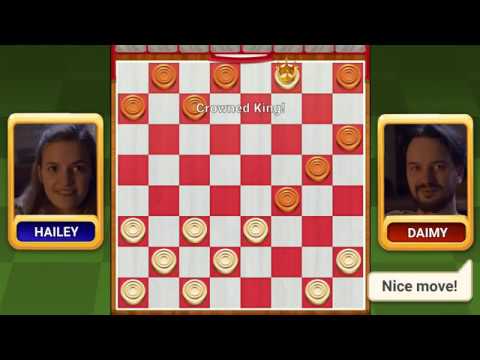 The Amazing Features Of QuickCheckers

QuickCheckers is known to offer various marvelous features. We are going to discuss these features right now.

With this game, you can clearly see how you fare when playing checkers. The game has a 1 vs. 1 multiplayer mode that will let you challenge yourself against random opponents from different parts of the globe for a quick classic checkers game.

You may also design the game’s interface inspired by various global locations. Whether you want the vibes of New York or Paris, or perhaps London, Amsterdam, or Rio de Janeiro, all you need to do is to keep playing, earn experiences, and level up to gain access to these skins.

QuickCheckers also has many other unique checker skins and avatars you can choose from, not to mention giving you the ability to select your own custom avatar.

3. Communicate With Other Players Via Its Online Chat System

Like many online casinos, this game of online checkers also has an instant in-game chat system that offers an engaging way for you to communicate with other players. You can send them heartfelt emojis or banter about how great you are at playing checkers. Your call.

Nothing compares to QuickCheckers when it comes to providing players with exciting rewards. The game has an extensive array of achievements and milestones that will make you launch your career as a real deal checkers master. You can progress in terms of reputation in the game, and give you a good stand when receiving the rewards.

Furthermore, the more you unlock different achievements, the better your odds are when receiving the rewards. For example, reaching the milestone of playing five games will earn you 500 coins, or winning a single game can earn you five Gems. It is unlike any other checkers’ game experience.

You can see your rank in the National Ranking tab or if you want to see yourself with other players from other countries, proceed to the Global Ranking tab. Plus, you can also learn how well you have played each month and see your all-time progress. Fancy a game of checkers? Look no further than QuickCheckers.

Other features of the game include allowing you to play local multiplayer against your friends, and providing beautiful graphics and sound effects. You will never get bored playing checkers via this app.

What Players Say About QuickCheckers

This time, let us take a look at what players say about the game.

For player L M, QuickCheckers is a nice app, a great way to pass the time. Meanwhile, according to player Stan Kok, they like how they can play in different leagues against opponents, adding that the game works really fine.

Player Lui MATAELIGA says they highly recommend the game. On the other hand, for player Ewok’sMom, they love how simplistic the game’s app is and how it offers various options. They added that it had several options on the type of checkers they wanted to play.

For player elmichybae, they said QuickCheckers is by far one of the best checkers games they have ever experienced on a smartphone. They like how they can create an account to customize their profile, observe their in-game statistics, and interact with others via the in-game quick chat. QuickCheckers is their go-to game whenever they find free time, they added.

On top of all those, QuickCheckers almost has no loading times, so it guarantees every player the smoothest overall gaming experience.

When it comes to creating video games, its developer, GamoVation, is used to producing masterpieces, including QuickCheckers. This video game developer is said to have an ever-growing fan base comprising over 10 million unique registered users. It has also successfully launched many other games over the last decade, games that include FISHAO, Club Manager, and MafiaBattle, just to name a few.

Given its player-oriented approach when developing games, it is very easy to see why this game developer has exceeded expectations. Download and play QuickCheckers today.

Did I scare you?